Deliver Us from Evil English subtitle | 2020

The movie begins with Kim In, a professional contract killer. But now he wants to get out of all this and live a simple life. But before that comes the task of killing someone whom the rest of the killers are not interested in killing. As he was leaving the country after finishing work, he received a call that his eight-year-old girlfriend had died in Thailand and that the woman’s child had been kidnapped.

While trying to rescue the girl in Thailand, a local gang and a Japanese gangster of Korean descent named Ray followed her. Who is this ray? Why or why not? Who kidnapped the girl? Lover’s murder was common? Can the girl be rescued in the end? Watch this wonderful movie to get answers to many more questions like this … ❤

This movie can be called the best Korean action movie of the year. However, if the plot of the movie is a little stronger, and if the runtime is a little more, it would be more… And yes, there will be a must-watch for those who watch Korean movies regularly. So enjoy the Deliver Us from Evil english Subtitle. 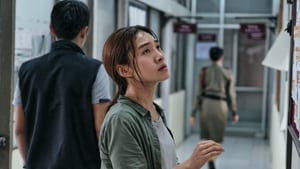