Download the Kappela Bangla Subtitle from above. Cappella was released in March 2020. Because of Corona, it didn’t last long though. However, it was later released on Netflix in June. Netizens have received a fairly good response. The story is Malayalam’s usual “Gorgeous on Simple”! The color number can be called a gorgeous movie of a simple love story.

Spoiler Alert !!
Plot:
Jesse is a young woman from a remote village. One day the color number is talking about love from the acquaintance with the taxi driver Vishnu. What else is like? The longing to see unrequited love. Meanwhile, Jesse’s marriage is being talked about. Jesse crossed the unknown path. In parallel, the love story of Bakhate Roy and school teacher Annie continues.
Where is the connection between these two stories? Where are the consequences of the Jesse-Vishnu or the Roy-Annie relationship? If you want to know the answer to this question, you have to watch the movie.

This is the director’s first film. And as the first, it can be said that you will get a pass mark in story and management. He also co-wrote the screenplay And the awesome location of the Malayalam movie will not let you get bored. And while the camera’s work may seem simple, it’s worth noting that it plays a great role in a story. All in all, it felt like make-up to keep you stuck. They deserve a different number, especially for the twist of the story.

The Malayalam industry has proved before that a good movie can be made without a big star cast. This film is no exception. Roshan Matthew is fine. But I like Anna Ben’s natural performance and Srinath Bhasi ‘s extraordinary performance as a genius. The more I see this float, the more I am fascinated. And there was an expectation that Anna Benn had met Helen. And it is completely successful.

Maybe many people can think of a love story with this color number. But there was a small twist in the middle of the love story And that was enjoyable enough. Besides, Anna Ben and Roshan Mathew’s sweet love story and their acting will not let you be bored. But the end could have been better. I feel a little weak in that place. Anyway, the overall picture was great. and enjoy the Kappela Bangla Subtitle. 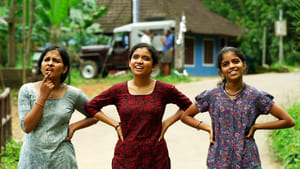